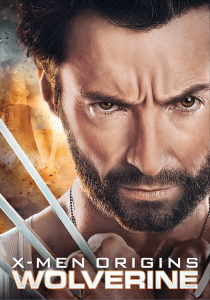 We’re kicking off a new series here on Insider Envy, in which we’ll be reviewing our favorite movies available on the STARZ App. Right now, you can get the STARZ App for 6 months for just $25. There are over 1,600 movies and shows to watch!

X-Men Origins: Wolverine created quite the controversy among fans and critics alike when it first came out. Die-hard followers of the Wolverine and X-Men series found the plot too cliched, convoluted, and divergent from the comics (Deadpool’s appearance, to name one). That being said, where the plot may have fallen through, the acting definitely didn’t. Hugh Jackman, Liev Schreiber and crew pull out all the stops when narrating James Logan’s (Wolverine’s) origins story. X-Men Origins: Wolverine details James Logan’s childhood, his rivalry with his step-brother Victor Creed (Liev Schreiber), his time on the special forces team Weapon X, and ultimately his experimentation with the metal-lined mutant Wolverine.

Our take on X-Men Origins: Wolverine: it’s a must-see Marvel movie for any superhero, comic lover, or action movie fan. In our opinion, where X-Men Origins: Wolverine shines is in the depth and layering the film gives to James Logan’s character. He’s not just a killing machine, a mutant, or a soldier, but very much human, which is contrasted well with Victor Creed’s (Sabretooth) pleasure in killing. Combined with the fight scenes, levity from Deadpool’s character, and stellar acting, X-Men Origins: Wolverine may not be the best of them, but it’s a damn good way to spend 1 hour and 47 minutes.