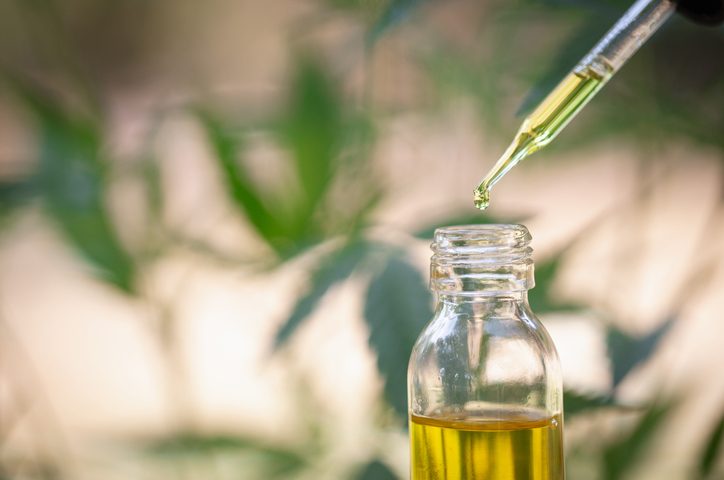 Cannabidiol, commonly known as CBD, is a compound derived from the cannabis plant. From here, the compound is diluted with a carrier like coconut or hemp oil to make CBD Oil. While cannabis has been used as a holistic treatment for thousands of years, CBD Oil has only recently come into mainstream popularity (largely because of the push to legalize marijuana). Currently, it is primarily used in the health and wellness world, but has been steadily growing in popularity over the past ten years or so.

CBD Oil is a popular natural remedy for a variety of common ailments. Extensive scientific research has shown that there are many benefits to CBD Oil. Below are some of its more popular uses.

Cannabis and marijuana have been used to treat pain for over four thousand years. Inside your body, there is something called the endocannabinoid system, which works to regulate sleep, appetite, pain, and immune system response. When CBD is used (largely through injection and oral treatment), it helps to impact endocannabinoid receptor activity, interacting with neurotransmitters to reduce inflammation and swelling in targeted areas. CBD Oil has been known to positively impact chronic pain, multiple sclerosis, rheumatoid arthritis, and other afflictions.

While anxiety and depression are commonly treated through drugs prescribed by a doctor, these pharmaceuticals often contribute to a number of side effects including drowsiness, substance abuse problems, insomnia, sexual dysfunction, headaches, and more. For those inclined to a more holistic approach to health, studies have recorded using CBD Oil to significantly reduce anxiety, insomnia, post traumatic stress disorder, and depression in humans and animals. It is thought that this is a result of CBD’s ability to stimulate serotonin, which in turn positively regulates mood and social behavior.

Approved by the FDA for the treatment of multiple types of epileptic conditions, CBD is a verified remedy for treating epilepsy. Characterized by violent, life-threatening seizures, epilepsy is hard to treat. Many other medications are unable to dampen the effects of these seizures, but when used appropriately CBD has been shown to effectively reduce the frequency of seizures and their effects. CBD treatment has also been used to positively impact Alzheimer’s and Parkinson’s Disease.

When people think of cannabis and cancer, the first thing they think of is marijuana and its pain-reducing effects. However, cannabis also plays an important role in reducing the effects of cancer treatment, including nausea, pain, and vomiting. Some studies have even gone so far as to show that CBD may actually fight cancer itself, suppressing the growth of cancer cells and promoting their destruction.

Along with positively impacting arthritis and multiple sclerosis, CBD’s anti-inflammatory properties have also shown positive results when used to treat acne. CBD both reduces inflammation and prevents the sebaceous glands from producing excess sebum (an oily secretion which causes acne).

CBD treatment modifies circuits in the brain related to drug addiction. Not only does CBD help with the underlying mood disorders such as depression and anxiety (among others), from which most addiction stems, it also curbs cravings and help to prevent and reduce withdrawal symptoms.

Heart Health is made up of a variety of factors, one of the most important being blood pressure. CBD benefits both the heart and circulatory system by lowering high blood pressure. Studies show that men who have been treated with CBD are less likely to have spikes in blood pressure when put in stressful situations, reducing their risk of heart attacks. CBD also promotes heart health through reducing oxidative stress, inflammation, and cell death.

While cannabis has been used to treat ailments for thousands of years in many different forms, the breadth of its benefits have only begun to come to light. In this article, we’ve gone in-depth into some of the primary benefits, but CBD has also been known to relieve psychotic symptoms, prevent tumor growth, and reduce the incidence of diabetes. It seems there’s no limit to the benefits of CBD oil!