Let’s get this out of the way: New Yorkers hate being inconvenienced by filming for TV shows and movies. Fortunately, though, there are exceptions: TV shows that are so good that it’s worth shutting down entire streets for. 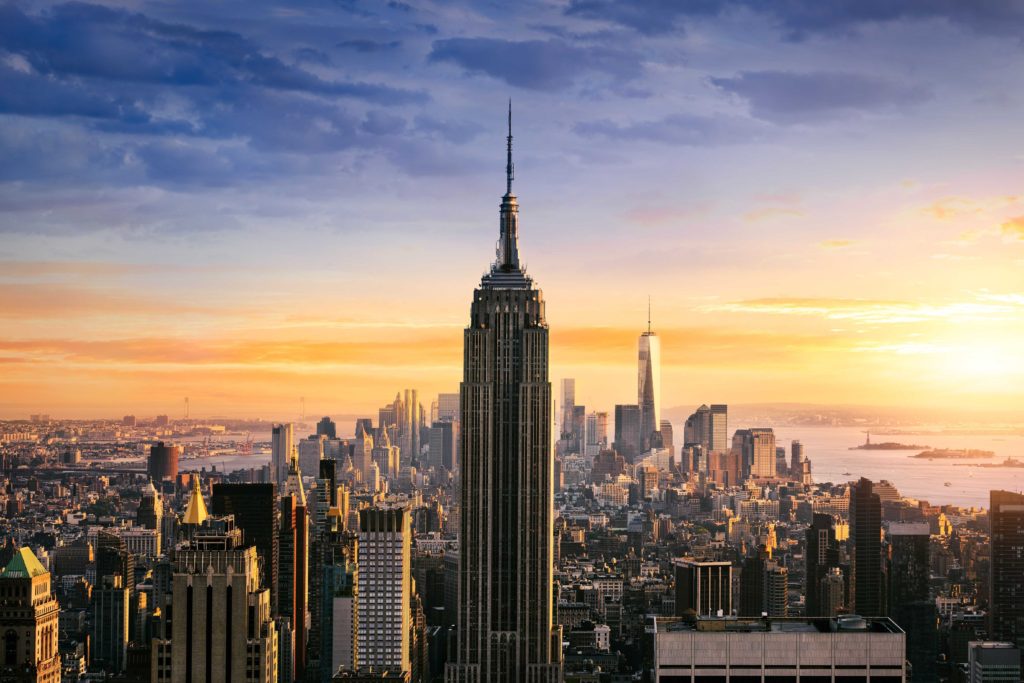 Here are our favorites:

Dubbed “The Black Game of Thrones,” Power is the 2nd most popular show on premium cable, with millions of fans clamoring for Season 5 (beginning July 1st). The potent combination of drug dealing, romance, and 50 Cent (starring as the ultimate badass, Kanan) has elevated Power into the ranks of the TV elite. What’s more, it’s shot almost entirely in NYC, with all 5 boroughs featured in the action.

Probably the best part of Power is the cast. Omari Hardwick (who had a pretty good mentor in Denzel Washington) stars as drug kingpin Ghost, but it’s the supporting cast — especially fan favorite Tommy Egan (played by Joe Sikora) — that makes the show truly click.

#4. Sex and the City
Best way to watch: HBO Now

In our view, the SATC characters are all pretty insufferable and represent some of the least appealing aspects of NYC culture. Still: When the actress who plays your least popular character is still high-profile enough to become a candidate for New York Governor, you must have done something right.

If we were to make a list of most iconic sounds on TV, Law & Order’s “dum-dum” would surely be #1. Beyond that, Law & Order helped set the stage for so many crime dramas (and basically the entire CBS primetime lineup).

While there have been several spin-offs (SVU, Criminal Intent, etc.) our favorite Law & Order version is the original. Bronx native Jerry Orbach — starring as NYPD Detective Lennie Briscoe — owned his role in a way that puts all other Law & Order characters to shame.

Liz Lemon (Tina Fey) and Jack Donaghy (Alec Baldwin) are undeniably two of the funniest characters in TV history, and 30 Rock’s consistent brilliance over its 7-season run (3 of which resulted in Emmy Awards) easily ranks it among the top comedies of all time. However, it still falls just short of…

Granted, TV’s greatest sitcom was actually filmed in Los Angeles, and the outdoor scenes — especially on sidewalks — feel less authentic as a result. But Jerry Seinfeld and Larry David are both true New Yorkers, and so is pretty much every character in the show (including the legendary Soup Nazi).

Seinfeld famously billed itself as a “show about nothing,” but in reality, it’s about the ups, downs, and minutiae of life in Manhattan. From Elaine’s frantic scramble to JFK Airport to Kramer’s & Newman’s ill-fated game of Risk on the subway, Seinfeld brilliantly captures the New York atmosphere.

Sweetbitter: Based on the best-selling novel by Stephanie Danler (about a twentysomething girl who moves to New York and works at an upscale restaurant), Sweetbitter just wrapped up a “fun and breezy” season.

Saturday Night Live: This was a tough one to exclude. However, aside from the whole “Live from New York…It’s Saturday night!” bit, there just isn’t enough New York-specific content in SNL to crack the top 5.

Friends: Sorry, Friends fans: Your show is a dumbed-down, cheesy imitation of Seinfeld.